Angelique Trouvere (also known by the stage name Destiny) was one of the two Vampirella's that appeared in costume at the Sixth Annual New York Comic Art Convention. The other one was the very young Heidi Saha.

The photo on the left was taken at the 1973 Convention by an attendee and shows (in the full size version - click to view) both Angelique and Heidi Saha with the other "costume party" people.

She is described in the article in Warren's Vampirella #29 as "well-proportioned and ravishing".

No argument from me on that one!

Richard Arndt recently interviewed Angelique, and the full 2.6 MB Word.doc or 18 MB PDF document can be down loaded by clicking the appropriate link.

Here is an excerpt to tempt you ... 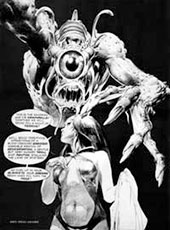 Ironically, I did end up in one Vampirella issue by chance. When I met Neal Adams at a con, he told me that he had an art studio in New York and that I was welcome to drop by anytime. I decided to do just that and since I was going to take a cab anyways, I wore my Vampirella outfit under my coat to surprise him.


As I shed my coat and Neal saw the costume, he did what any red-blooded man would do when faced with a scantily clad pretty girl -- he immediately drew a picture of me!


Hello, artist… what were you thinking?!?


That sketch appeared as the frontispiece of Vampirella #44, and if you look closely, you'll see me as the model with my coat still clutched in my left hand.


A quick thank you to Angelique for supplying me with some good quality photos for the site (and a couple for my personal collection!). 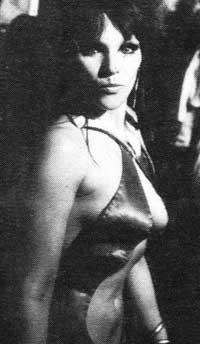 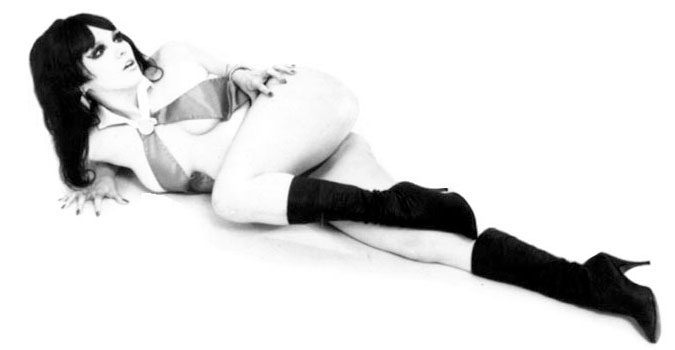 Angelique has had quite a varied career and she is shown below with some other "Red Sonja" models with legendary artist, Frank Thorne (he's the one in the pointy hat!) and dressed as Red Sonja and Satana. 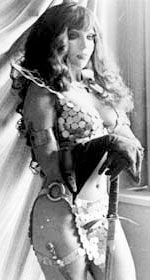 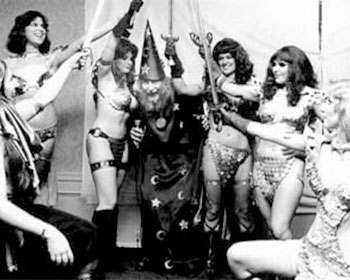 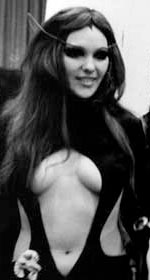