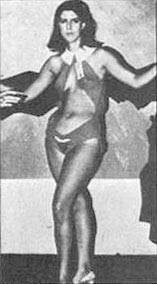 Kathy Bushman has the distinction of being the first ever "live model" to don the "red and gold".

The picture on the right was taken from the first ever fan page in Warren's Vampirella #4.

Both photographs on this page were taken at the World Science Fiction Convention in St Louis in 1969, making Kathy the first person to be published dressed as Vampirella.

Kathy's efforts won her an "Honourable Mention" at the masquerade.

Later Kathy was to become a prominent costumer at Science Fiction and Costume Conventions under the name of Kathy Sanders (having married Drew Sanders). 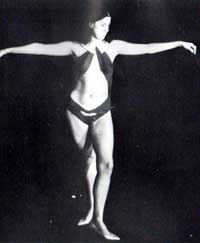 Photo on the left by Mike Resnick, from the collection of Angelique Trouvere.

A big "Thank You" to Doug Brown who contacted me with some extra info on Kathy.

In 2011, I had the pleasure of swapping a few emails with Kathy.

She did me the great honour of sending me some photos which have never been seen before on the internet. I can say this with some conviction as I regularly scour the 'net for Vampirella "stuff", and I spend much more time researching information for this web site than I do writing the code!

The photos below of Kathy with Forry Ackerman were taken at the 1969 St. Louis Convention by Roy Lavender. 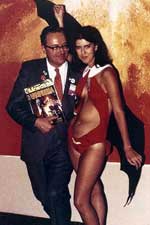 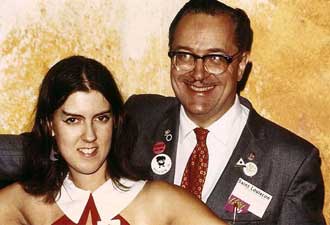 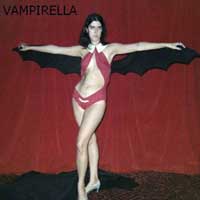