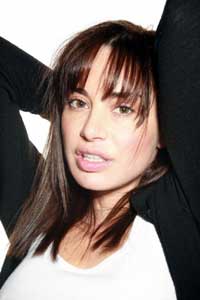 Sascha Knopf was the first Vampirella model to appear on the front cover of a Harris Vampirella comic (Vampirella Strikes #1), in fact, she appeared on four different cover variants of the comic.

Vampirella Strikes #1 sold well, giving Harris the confidence to use Vampirella models for other covers, but sadly not Sascha herself. However, she did feature on Scarlet Legion photos and as a convention model.

Moving on from modeling, Sascha appeared in MGM’s What’s the Worst That Could Happen? as Danny DeVito’s social-climbing mistress, and in the film Shallow Hal with Gwynneth Paltrow and Jack Black. She has continued acting in a string of films to this day.

Besides being a versatile, actress who can play both leading lady and character, she also has a promising career as a professional photographer. Sascha feels her work in front of the camera has given her great insight in being behind the camera, an understanding of the need for a "connection" between the photographer and the model.

On a more personal note, Sascha has the distinction of being the first model to feature on a Vampirella poster that hung on my wall and of all the photos of the various Vampirella models my favourite picture is the one below - because she has such a wonderful smile! 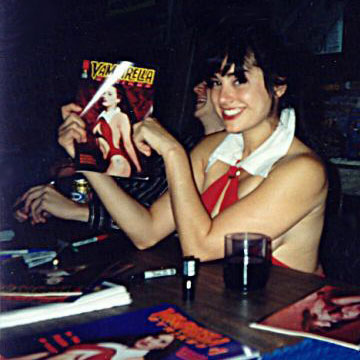 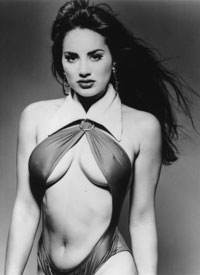 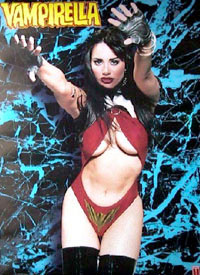 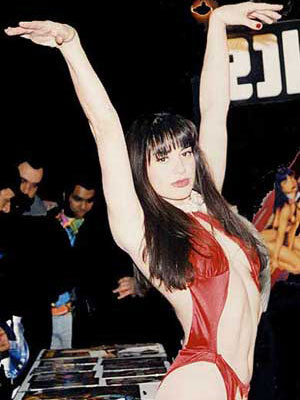 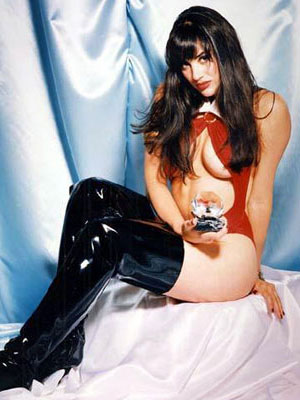 A big Thank You to Glenn Porzig of Megababes for the photo of Sascha below.
She really does have a wonderful smile. 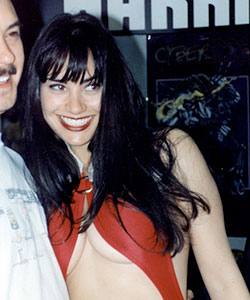