Carolyn Renee Smith spent her summer holidays in Ocean City, MD, where her interest in modeling developed. She entered "Best Body on the Beach" and bikini contests, which helped pay her way through college.

Various talent contests led to roles on the Benny Hill and David Letterman shows, and on to a varied acting career.

Carolyn posed as Vampirella for an article about Vampirella in Femme Fatales magazine. Her photos caught the imagination of many Vampirella fans, and there was some discussion about her becoming an official Vampirella model for Harris.

Unfortunately (for the Vampirella fans, anyway) Carolyn discovered she was pregnant and had to turn down the offer before it was formally made.

She has not yet appeared in any official Vampirella publication. 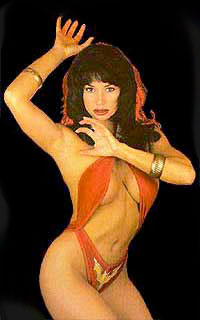 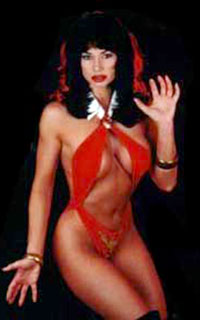 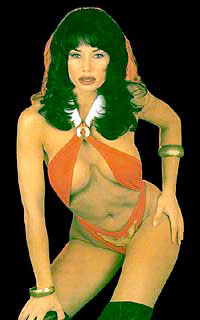