Alex Horley was born Alessandro Orlandelli in the outskirts of Milan, Italy, and started to draw and read comics at a very early age.

Over the next few years Alex worked on various comic books, but his break into the mainstream came when DC's editor Dan Raspler signed Alex for two Lobo issues in 1995, the Lobo: Death and Taxes miniseries, a Spectre cover and the Batman Master Series bonus cards, later to be reprinted in hardcover format.

While doing work for a variety of publishers, Alex was putting together ideas for the Sharky miniseries for Image Comics. An eight page Sharky story, featuring scream queen Julie Strain was done at this time for Kevin Eastman's illustrated fantasy magazine Heavy Metal.

Alex has also gained something of a reputation for the quality of his work in the fantasy gaming world of "World of Warcraft".

There isn't a lot of Vampirella work from Alex but what there is is exceptional. 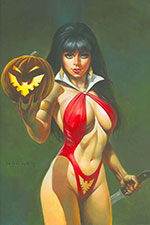 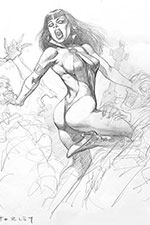 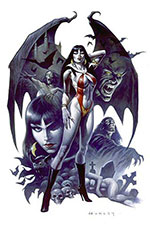 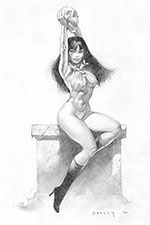 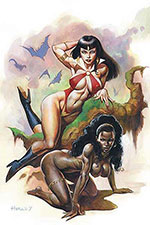 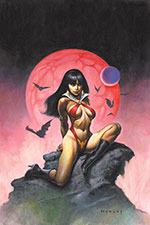 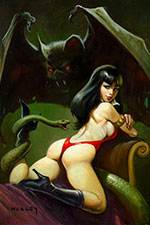 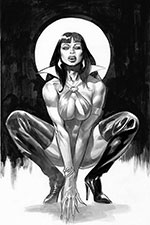 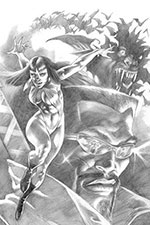 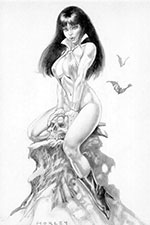 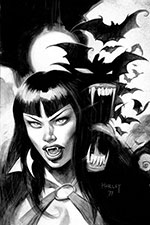 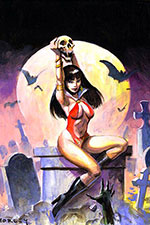 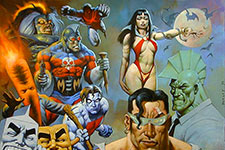 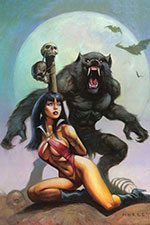