A rare thing in the list of Vampirella artists - a British artist!

John Bolton has been painting now for over two decades and has collaborated with some of the industries most prestigious comic writers. He is an award winning artist whose classic techniques paint a realistic edge to fantasy.

He is well known for his stunning painted art, notably (for the Vampirella fan, anyway) for his cover of the 1996 Vampirella and the Blood Red Queen of Hearts book. This seminal piece was used by BC Rich as the pattern on one their Mockingbird Guitar limited editions.

Vampirella doesn't seem to be a subject that he has focused on, which is a shame as he could easily create another aspect to the character through his art. 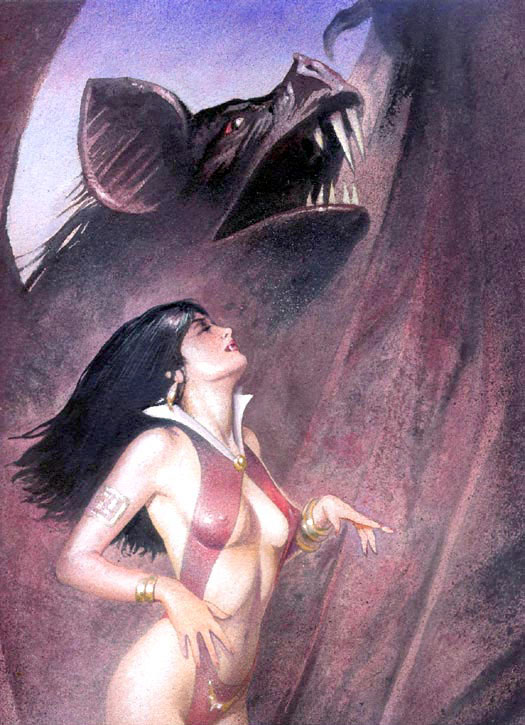