Dave Hoover started his career in animation as a layout artist for several other animation studios including Filmation Studios, Hanna-Barbera and Mihan Productions.

He worked on such programs as Fat Albert and the Cosby Kids, The Archie Show, Tarzan, Lord of the Jungle, The New Adventures of Flash Gordon, He-Man and the Masters of the Universe, She-Ra: Princess of Power, The Super Friends, The Smurfs, Men in Black: The Series, The Godzilla Power Hour, RoboCop: Alpha Commando, and many more.

Dave worked on two animated feature films, Fire and Ice (1983), the Frank Frazetta-inspired movie, and Starchaser: The Legend of Orin (1985).

From 1987 to about 1995, Hoover worked in the comics industry. In addition to his stints on The Wanderers, Starman, and Captain America; Hoover worked on The Amazing Spider-Man, Starman, The Punisher, Tarzan, and The Invaders. In 1995, he drew the first chapter of the "Planet of the Symbiotes" storyline which featured Spider-Man and Venom.

In 2003, he returned to the comics industry with a variety of projects including the interiors of the first three Charmed comics and its prequel.

Dave Hoover was a member of the Digital Media faculty at the Art Institute of Philadelphia from 1999 until his death in September 2011.

I have not found many Vampirella pieces by Dave Hoover but those I have are really good. 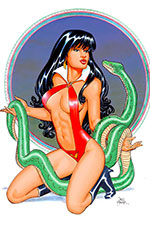 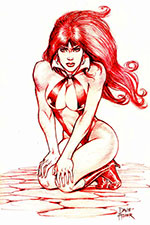 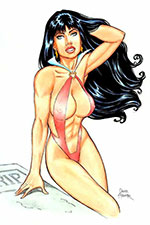 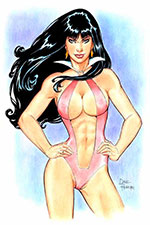 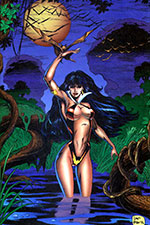 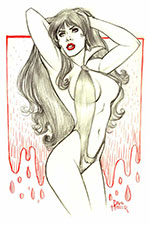 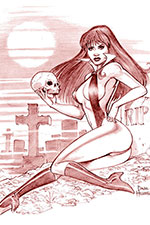 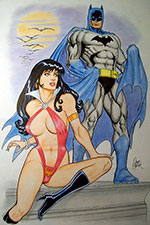 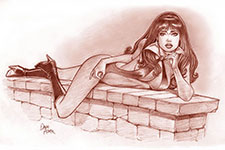