David Burton is an acclaimed artist who has worked for a wide variety of publishers in the Sci-Fi, Fantasy, Horror and Comics fields. His work hangs in galleries all around the world. He's also done private commissions for a number of well known authors and producers, including Ray Bradbury.

None other than Danton Burroughs himself described David's art as the best representation of his grandfather's story in many years! Comics legend Al Williamson (Flash Gordon, Star Wars) said about David's vision of Edgar Rice Burroughs' Mars: "It's about damn time somebody got it right!".

He works for Liquid Silver Books as well as Renaissance E-Publishing. His cover to Philip Wylie's Gladiator has received incredible responses and many people have purchased the book purely for his stunning cover art!

In between his art classes, illustration and film work he has managed to produce some Vampirella art. I am fortunate to have a couple of his Vampirella sketches, and can attest to the quality of his work. 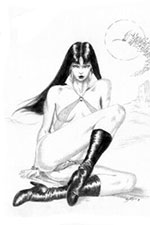 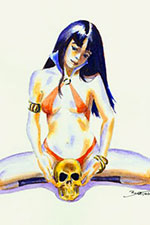 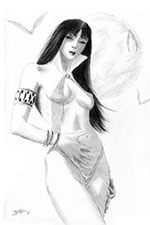 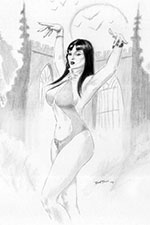 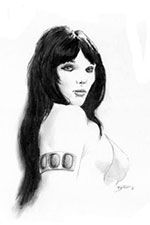 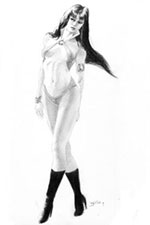 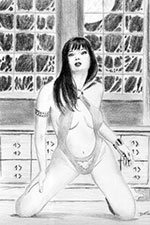 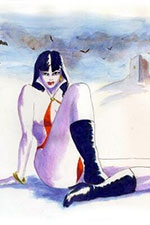 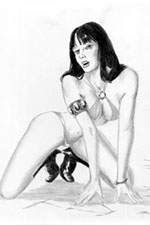 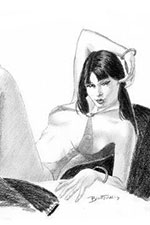 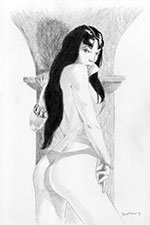