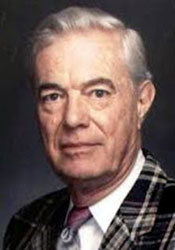 Another all time great of comic book history, Dan Adkins was a prolific American illustrator who worked mainly for comic books and science fiction magazines, and is rated in the all time top 100 American Comic Book Artists.

When Dan moved to New York City, he freelanced illustrations for several science-fiction magazines while working for several commercial studios. He has been a comic book artist since 1965, when he began working for Wally Wood on the first issue of Tower Comics' T.H.U.N.D.E.R. Agents, and continued on with a distinguished career with Warren (Creepy, Eerie and Famous Monsters of Filmland) and Marvel comics.

His work as a penciller and inker appeared in 816 comic books, and he inked over pencil art by 70 artists in the comics industry. He drew 132 covers for Marvel in addition to his many pages for Dr. Strange and other Marvel titles. Adkins has worked for a wide variety of comics publishers: Charlton, DC (Aquaman, Batman), Dell, Eclipse, Harvey, Marvel, Pacific and Western Publishing.

In recent years, he has illustrated products for Parker Brothers, and his illustrations for Xero were recently reprinted in the hardback The Best of Xero (Tachyon, 2004).

For such a prolific artist, it is perhaps a little surprising that there seems to be a paucity of Dan Adkins' Vampirella art. 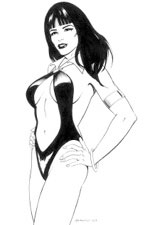 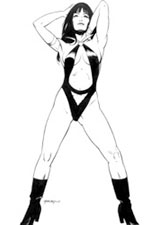 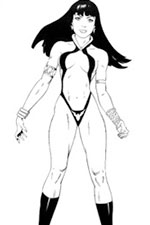 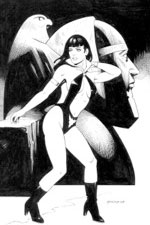 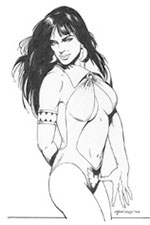 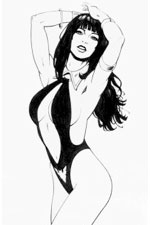 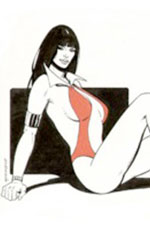 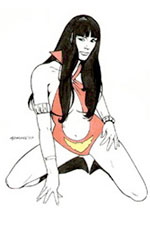 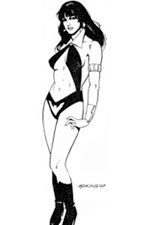 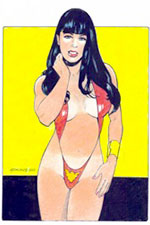