Terry lives near Chicago, IL. and works in the story board field of advertising. He has had several children's books published over the years as well.

Being a huge Vampirella fan he has several Vampirella paintings on his web site, which are reproduced below.

He informs me that "Vampi is one of my favorite heroines. I am always trying to get better at female anatomy because of her. I work in all mediums from time to time but I usually do Vampi in Casein or Gouache paints.

"I paint her with joy and admiration." I can't argue with that as it shows.

January 2010 saw two pieces of Terry's art joining my personal collection (the first two shown below). I can only reiterate that no matter how detailed a scan you put on the internet, nothing compares with the original item. If you have a chance to pick up some of Terry's work, do so. You won't regret it.

Both pieces are very impressive, but I have to say that the painting of Vampirella by the crashed spaceship is my favourite of the two for a number of reasons.

Thank you, Terry. You are a star. 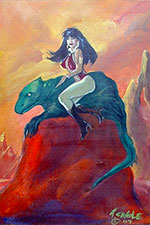 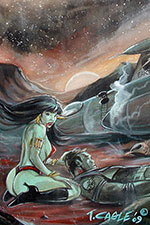 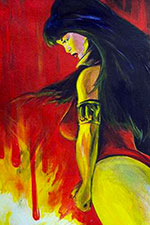 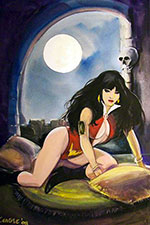 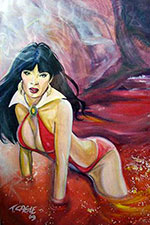 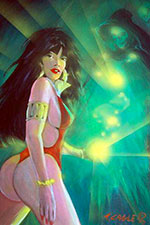 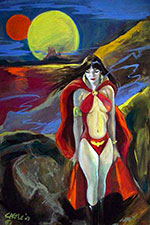