Joyce began her career in comic books with small projects for Image and DC. Her Mucha inspired design, lovely figure-work and eye for detail later landed her work on Xena - Warrior Princess and Tomb Raider, and eventually she entered the Vampirella-verse with the 2004 Vampirella/ Witchblade/ Magdalena title (and it's plus Tomb Raider variant the following year), and then the 2005 Vampirella/ Witchblade crossover.

Harris then used her obvious talent in Issue 7 of the Vampirella Magazine with the Robin Syndrome story, and she has done a cover for the Winter 2007 edition of Vampirella Quarterly.

Unfortunately I have been unable to find much in the way of unpublished Vampirella work, though I'm sure that I will find more as time progresses. 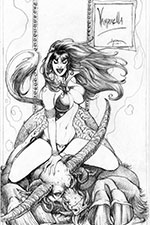 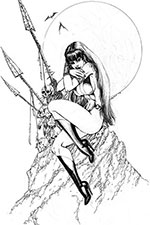 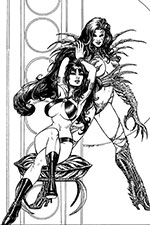 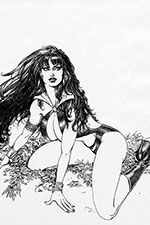 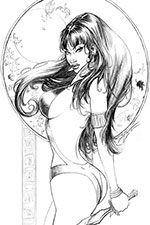