Everette Hartsoe created one of the most successful underground comic book companies in recent history with the flagship title, RAZOR which today has surpassed nearly 6 million in worldwide sales.

At the beginning of his career in 1992, Everette Hartsoe penciled the 1st 5 issues of the now classic ultra-violent RAZOR: Angel in Black storyline and then the acclaimed issues 1-2 of RAZOR: the Suffering storyline.

He is known for his “take-no-prisoners” style of writing but is also an accomplished artist as well.

In between his work on and promoting of Razor he has managed to produce a few rather nice Vampirella sketches. 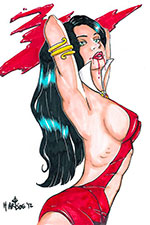 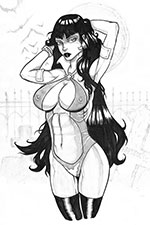 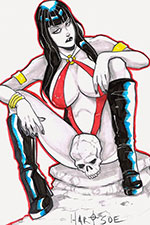 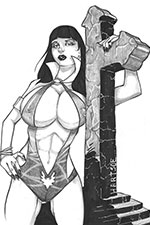 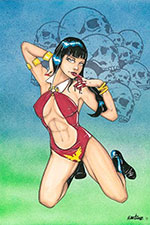