Christian Andrews is an Illustrator based in Missouri, and is involved in a project for Ronin Studios to revive (if that's the right word) the Adam Zero series (originally a sci-fi radio show and then a 60's comic book).

He has only ever done one rendition of Vampirella, which is a real shame as he is obviously a wizard with a pencil! The photo realism of his art reminds me of the work of Mike Mayhew, who had such an impact on Vampirella in 2000.

I hope the Adam Zero series takes off, Christian's art certainly deserves to be shared with a wider audience ... and another Vampirella illustration or two would not go amiss!

In November 2007 I received an email from Christian Andrews.

Thanks for displaying my Vampirella drawing on your site! It's the one and only Vampirella art I've done, but if you are interested, I have a web site at www.7christian.com. It displays some illustration and some studio drawing that I've done. 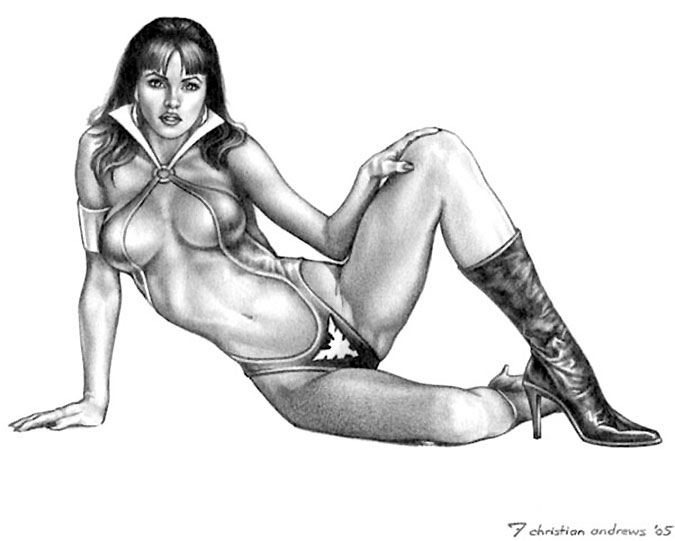